The Hyperdimension Neptunia games are a series of RPGs that are exclusive to the PS3 that parodies the console wars by having a world that is literally made up of pastiches of the major players in the console business as countries. This game introduces itself as being non-canon to the core games in the series, otherwise known as a side story.

In this game, you are an ordinary gamer about to enjoy the newest video game release. Meanwhile in the world of Gamindustri (yes, a pun on “game industry”), the four goddesses of the nations of Gamindustri are struggling to maintain their power base, called Shares, against a new threat of the idol (think pop star) supergroup MOB48, a conglomeration of 48 of the monsters (mobs) of the world. In order to combat this new threat, the goddesses, called CPUs or Console Patron Unit, perform a summoning ritual to bring a legendary idol producer to their world to make them idol superstars. It works, kind of.

Since apparently your character was about to start enjoying a new game in the Hyperdimension Neptunia series, you’re pulled through the screen and into the meeting hall of the CPUs. Since you’re not a legendary producer, you decide to take one of them under your wing and do your best to make her a superstar within 180 days. From here, your decisions can make or break the power of the CPUs. From building a fanbase, to training, to trying to her on her good graces (and maybe fall in love), to even keeping her from going nuts from stress, you control almost all aspects of the goddess’s life from day two forward, mostly. You’ll run into some days that are scripted to have the day wasted doing something that you have no control over.

From time to time you will have to produce a concert or two with your chosen idol (or idols if you decide to group up with another CPU or two), in which you are then in control of timing the stage effects and the camera angles. The game does have moments of heavy fan service, mostly if you pair up with Vert, representing Leanbox (yes, Xbox’s parody in this world), since she even makes a point of mentioning her ample…personality in her initial introduction. However, this is balanced by the fact that the game doesn’t take itself too seriously and throws plenty of humor around at almost any available opportunity. In the end, if your CPU gains more Shares than everyone else before the 180 limit, then you are treated to the “good” ending for your chosen goddess. Slack off, or drive her to madness (100% stress level), then it is the “bad” ending for you. Generally, each play through will only take a few hours maximum, at the end of which you can then save your clear data and start over with either a new CPU or the same one with all her stats carrying over to the next run. Only with the good ending though. Stick through the credits to see a montage of homage to gaming history, from Dragon Quest to Rez to PaRappa to EarthBound to even a few obscure titles like Takashi’s Challenge.

As the game plays out mainly along the lines of a visual novel, the controls are heavily skewed towards that during the majority of play. You can either use the face controls (d-pad to select option on screen, X to accept, O to cancel) or the touchscreen to make your decisions of what to do next. Once concerts roll around, the controls are quite different. The d-pad changes the main camera angles after you press O and the sticks allow for fine tuning of the camera. The X, triangle, and square buttons control the stage effects that you can pick and choose during concert set-up and get the crowd riled up. Finally, pinching out (or dragging your fingers towards the sides of the unit) under the right circumstances causes your idol to change into her Hard Drive Divinity form, HDD for short (another pun, Hard Disk Drive is the computer term for the uninformed), to boost the effects of the stage effects and camera angles. In both modes, visual novel and concert, the controls perform admirably and are very responsive.

Graphics in this game are actually highly detailed in both the 2D sprites used in the menus and the graphic novel mode and the 3D graphics used in the concert mode. Everything is quite vibrant and colorful and you can see a lot of the in-jokes in the backgrounds of the locations you visit during the course of play. The character sprites actually move quite realistically, even including looking like they are breathing and they even move their lips when they are speaking to each other and you. They have their moments when they remind you that they are anime characters as well, but these moments even look fantastic. The character models in the concert mode have customizable costumes that also add a bit more to the fanservice fun (mostly due to the fact you can point the camera pretty much down their tops or up their skirts) and also, in HDD forms, allude more to what systems they represent.

The voice overs in this game are about what you might expect from an anime dub. I’m not saying that as a bad thing, as the actresses do a great job, but I am glad they added in a fast forward function for certain instances. The music does run the gambit from eloquent melodies to the inevitable j-pop that you’ll hear every time you have to do a concert. With only five songs to choose from in concert(four that you actually can choose, the fifth is the song for your final concert that you do when you’re on the good ending path), repetition becomes a bit of a thing. 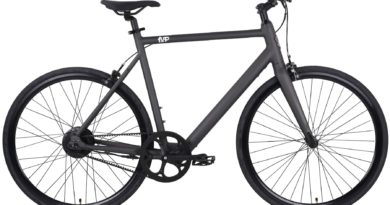